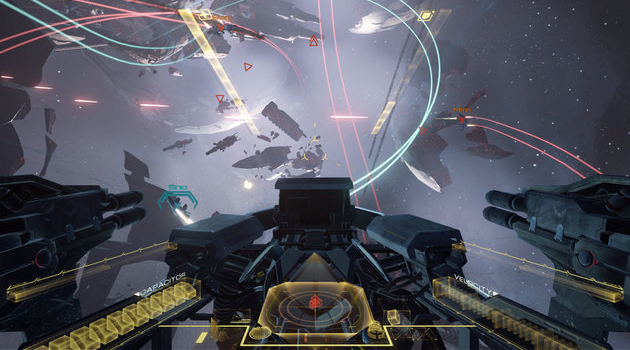 CCP Games’ EVE: Valkyrie is set to be one of the biggest virtual reality (VR) videogames of the year. That’s especially true now that it’s been revealed that anyone that pre-orders the Oculus Rift head-mounted display (HMD) from today until it starts to ship in March 2016 will be getting a free copy of the multiplayer title on PC. For those that still own the second development kit (DK2) for the device, however, CCP Games has some more news today in the form of a launch date for the upcoming Alpha testing phase for the title.

EVE: Valkyrie Alpha testing begins on 18th January 2016. Those interested in taking part in this phase of testing can head to an official sign up page, with those that successfully apply then being admitted in waves before the first test begins. The sign up asks players to list their country, graphics card, RAM and CPU to make sure they can run the Alpha along with the serial number of their Oculus Rift DK2 to validate that they actually own one. It’s not yet clear exactly how long this stage will last for, though there’s still a few months to go before launch.

EVE: Valkyrie is a space dogfighting experience set in CCP Games’ ever popular science fiction universe established in its massively multiplayer online (MMO) experience, EVE Online. Players strap themselves into star fighters and take flight in multiplayer battles using ships seen in the original videogame. The title was one of the first full experiences to be announced for the Oculus Rift all the way back in 2013. It’s also set to arrive on PlayStation 4 with support for the PlayStation VR HMD, though it’s not yet confirmed when this version of the experience will be launching.

For the latest updates on EVE: Valkyrie, keep reading VRFocus.