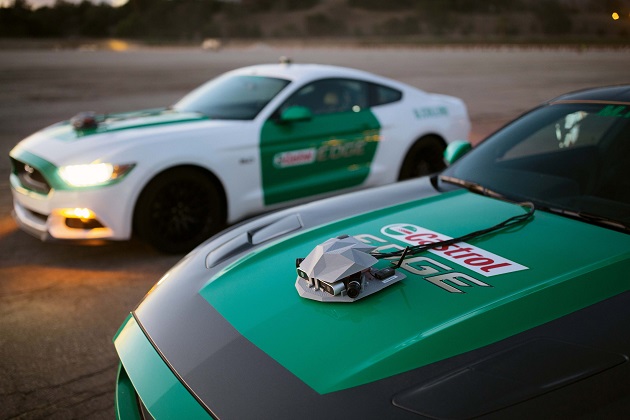 Collins (formerly Top Gear’s The Stig and currently the James Bond stunt driver) and renowned drifter Powers, both wear Oculus Rift DK2 headsets to give a virtual impression of the track, as they’re driving blind in the real world. The two drivers are on separate tracks to avoid collisions, then merged in the virtual world.

“I have taken on some extraordinary driving trials in my career, but this was certainly way up there,” said Collins in a statement. “The hardest part was getting used to the VR world and truly letting myself go – putting my foot down and trusting my instinct over my rational brain. It’s hard when every bone in your body is telling you that what you can see isn’t real, but you know you’re still in control of a real car driving at speed.”

LA based technologist duo, Adam Amaral and Glenn Snyder who devised and developed the VR coding over the course of 3 months said: “The really exciting thing about this project is that Castrol EDGE are using the same technology that the big automotive manufacturers are utilizing for autonomous cars but taking this is a new direction by fusing it with the virtual world to create something totally unique and ground – breaking, pushing the boundaries of both gaming and racing. One of the biggest challenges of developing this live racing technology was to overcome the problem of latency and ensure that there is no need for recalibration when it comes to the racers tracking. What we have achieved is the closest VR technology can currently get to full immersion”.

Castrol’s previous Titanium Trials include Blackout and Virtual Drift, and all the videos can be viewed on the company’s YouTube channel. VRFocus will continue to bring you the latest news on VR films and marketing as announcements are made. 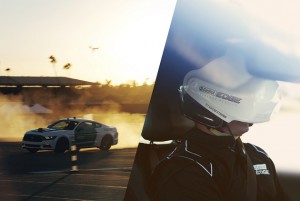