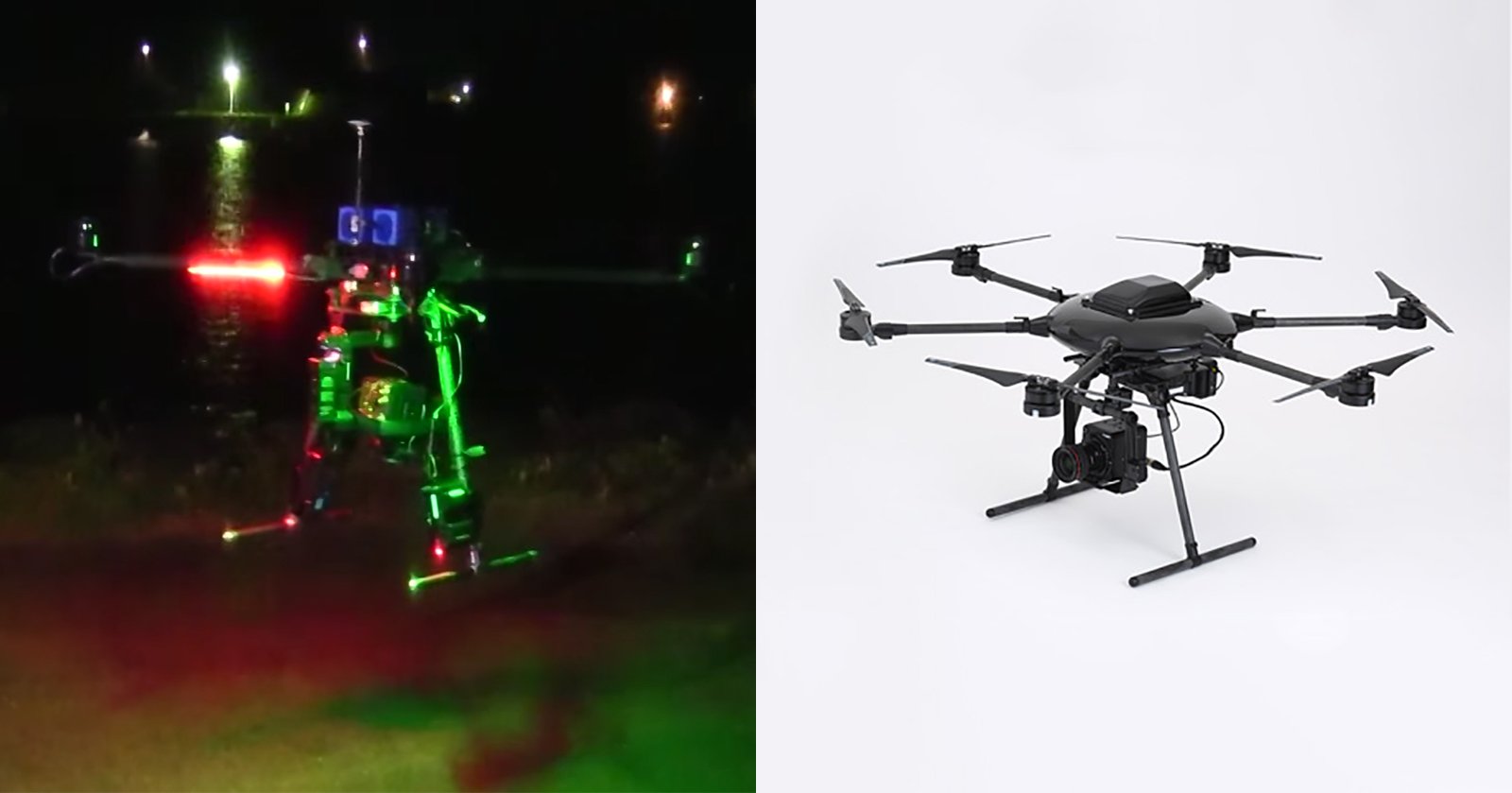 Canon has decided to break into the drone market, but probably not in the way you think. The Japanese camera giant has developed a search and rescue drone meant to work with the company’s 4,000,000 ISO ME20F-SH camera.

The drone isn’t a rumor, it’s the real deal, already being shown off on the Canon website and demonstrated in the video below. And according to Canon Rumors, they’re also planning to show it off at the Video Transmission Expo in Tokyo.

You can see the drone in action below:

The so-called “PD6E2000-AW-CJ1” drone itself doesn’t seem to be anything special—it’s weather proof for flying in the rain, and its 2-axis gimbal can hold up to 10kg, but that’s about it. In the marketing materials online, Canon seems to be focusing more intently on the low-light capabilities of the camera the drone will be carrying.

But if the drone does indeed come with the reported $20,000 price tag (not counting the $20,000 camera?), it had better have some serious specs to back it up. After all, they’re not the only company in the industrial drone space.