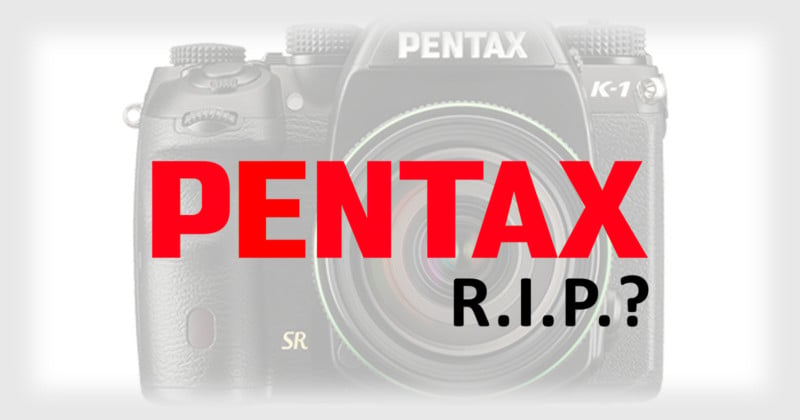 Pentax has a long legacy in the modern history of photography, but its days may be numbered: Ricoh is said to be considering killing off its consumer camera business, which is bleeding money.

The Nikkei Asian Review reports that Ricoh is working on radically reviewing and shrinking its camera business, which has been losing money for the company as smartphones have made things difficult for consumer camera sales.

In addition to shrinking its activities for brands such as Pentax and GR, Ricoh is reportedly also considering pulling out of the personal camera market entirely.

Ricoh originally acquired Pentax from Hoya back in 2011 for about $125 million. Unfortunately, that was at or around the peak of demand for digital cameras before the rise of smartphone photography caused sales to plummet in subsequent years: 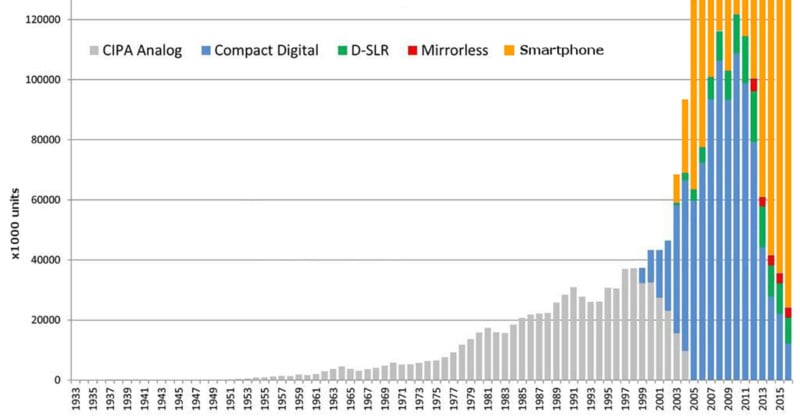 Ricoh currently sits 6th in interchangeable-lens cameras and 8th among all cameras, Nikkei says. With the market shrinking a huge percentage each year and with no turnaround in sight, Ricoh is now focusing its efforts more on other niches, such as cameras for (possibly self-driving) cars.

Although the smaller players such as Samsung have gotten crowded out of the camera market by the rise of smartphones, it seems that industry heavyweights such as Canon and Nikon are still doing fine (for now).

“Companies that are strong in interchangeable-lens models, such as Canon and Nikon, have maintained profitability in cameras,” Nikkei reports. “Foreign rivals like Samsung Electronics and Chinese manufacturers have a hard time catching up to the Japanese industry’s decades of know-how in imaging technology.”

Pentax was founded 97 years ago back in November 1919. It still has huge brand recognition, so perhaps another camera company would be interested in taking the business off Ricoh’s hands.

Update: Ricoh has published a statement saying that Nikkei’s report isn’t based on any “official announcement”:

Today there was an article saying that RICOH considers to shrink the camera business and withdraw from consumer products. This article is not based on RICOH’s official announcement.

Samsung has also been officially denying that it has withdrawn from consumer cameras, but it has left multiple markets and hasn’t announced any new products for over two years now.