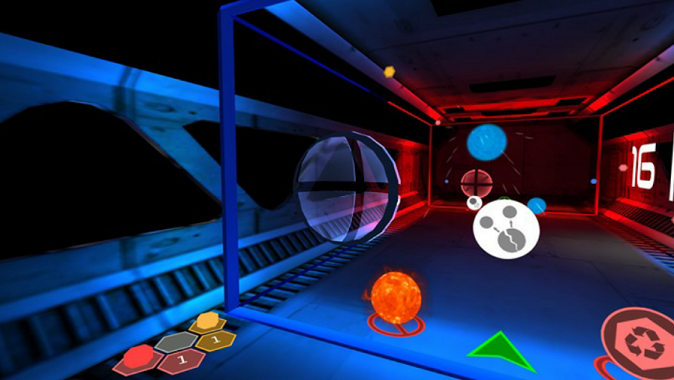 TerraNovita Software has launched its debut virtual reality (VR) title on Gear VR, Bouncer VR, available to download from the Oculus Home application now. Bouncer VR is a shooting gallery style videogame with a difference; the player must first defend against enemy attacks before being able to retaliate.

Offering a cross between Arkanoid and traditional gallery shooters, Bouncer VR offers the player control of a shield that must be used to bounce back an enemy assault before collecting resources to enable their own attack. The player has several different abilities at their disposal, including special weaponry, speed increase and multiple rates of fire.