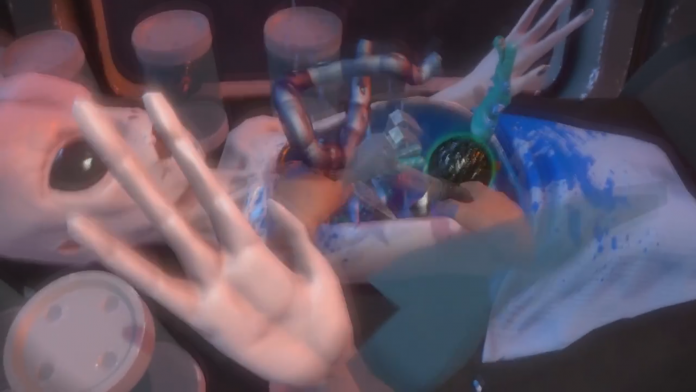 The best virtual reality (VR) provides incredible immersion and an unparalleled sense of presence. The task of actually describing the sensation that players can feel when inside a head-mounted display (HMD) can be difficult. Bossa Studios, the developer of the ever-popular Surgeon Simulator title – which will soon be upgraded for VR with Surgeon Simulator: Experience Reality – has a good term for it, however. The studio recently described using VR as ‘the ultimate escapism.

The team’s Sylvain Cornillon said as much in a recent interview with VRFocus that will be published in full later this week. “I think it’s the ultimate escapism,” said of his experience with VR. “So I used to play in the Virtuality, I think it was called at the time in the arcades. And it was terrible, the framerate was very slow, but I could really get involved, I could really understand what was going on at the time. And the degrees of motion, the freedom, the intuitiveness of the controls were – I think it was the Virtuality – you could move in one direction, look in another and shoot in another and that was really– that was something that was impossible in games. So, yeah, it’s the ultimate escapism in a way and there is a geekiness with the technology which is always quite interesting to figure out.”

Though the original version of Surgeon Simulator supported the Oculus Rift, Surgeon Simulator: Experience Reality will include updated integration for the consumer version of the device along with its Oculus Touch position tracked controllers. It will also be coming to the HTC Vive with support for the SteamVR controllers. Both versions of the title allow players to operate with two hands for the first time and will arrive with all content that was previously included in prior editions.

For the latest updates on Surgeon Simulator: Experience Reality, stay tuned to VRFocus.

The post Bossa Studios: VR is the ‘ultimate escapism’ appeared first on VRFocus.