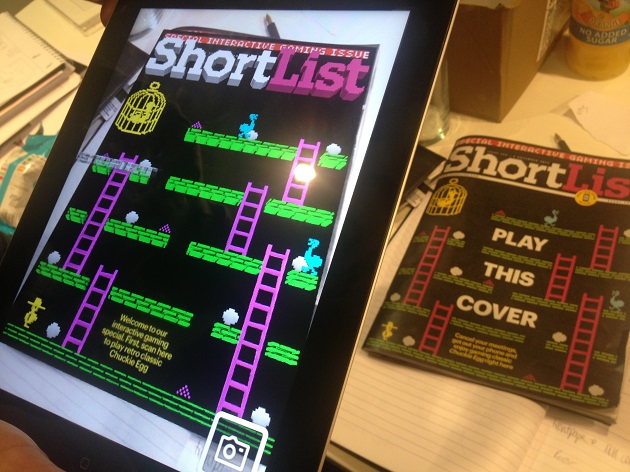 Announced this week by augmented reality (AR) app company Blippar is a venture to make the majority of newsstand magazines ‘Blippable’. The company has reached an agreement with online newsstand iSubscribe and digital newsstand Zinio to bring 500 of the UK’s most popular consumer newsstand magazines to life in AR.

To help promote the launch Blippar has begun a partnership with the fashion discovery platform, Styloko. Readers of Styloko will now be able to ‘blipp’, discovering more on the front cover fashions of UK titles, like Vogue, Elle, and Marie Claire. By simply tapping the ‘Get The Look’ button on the app, user will be connected to Styloko’s fashion inspiration pages featuring the outfits worn by the model or similar alternatives. Then shoppers can physically purchase from the end retailers or brands.

Speaking on the partnership, Styloko CEO, Shannon Edwards said in a statement:  “Blippar is a disruptive and transformative leader in bringing to life the physical world and, in this case, the world of magazine publishing. The Styloko team is thrilled to be able to marry our ‘view similar’ commerce technology with Blippar’s image recognition capability to give consumers the opportunity to get any look they blipp”

“In embracing magazines, we’re adding an inspiring and useful layer which will transform the experience for readers and, in time, boost revenue for publishers through additional inventory sales, cover sales and new revenue models,” Omaid Hiwaizi, Blippar’s President of Global Marketing has said. “We are constantly seeking new ways in which Blippar can help publishers address industry pain-points of publishing and distribution costs, difficulties in connecting with next-gen readers, and assist them in connecting with digital branded content streams.”

Blippar’s app has been used of a number of high profile events recently, including the Rugby World Cup and the Queens recent celebrations as the UK’s longest serving monarch. VRFocus will continue to report on Blippar’s latest AR projects as details are announced.