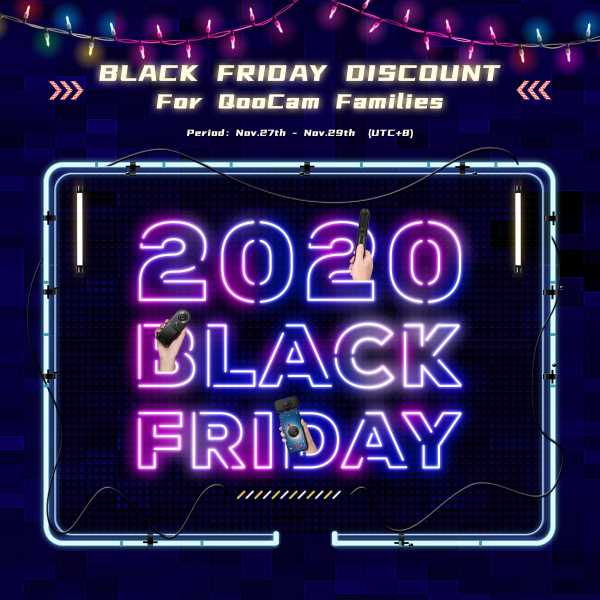 
Kandao has announced some of its Black Friday 2020 deals for both its professional and consumer 360 cameras, with discounts as much as 50% for some kits.

Deal #2: Qoocam 8K kit – “discount up to 50%,” says its flyer, when purchased direct from Kandao.  Qoocam 8K is the first and only 8K consumer 360 camera.  What has impressed me about its video quality is its bit depth and dynamic range.  Its videos appear noticeably richer than videos from Insta360 One R or GoPro MAX.  (I’m working on a comparison review.)  Here are several improvements since its launch.  Kandao didn’t say what is included in the kit, nor did it say whether the “up to 50% discount” applies to the entire price of the kit or just the accessory.

Deal #3: Qoocam Fun – “50% discount for Fun care for Webcam kit.”  Qoocam Fun is an affordable 4K 360 camera for Android phones.  I’ve been testing it the past couple of weeks and have been impressed by its photo and video quality, which are much better than I expected for a low-cost camera.  For Black Friday, it appears there will be a 50% discount on the Qoocam Fun Care product replacement plan.  There’s also a mention of a Webcam kit although it isn’t on their site yet, but it might be a flexible USB cable that can support the Qoocam Fun.