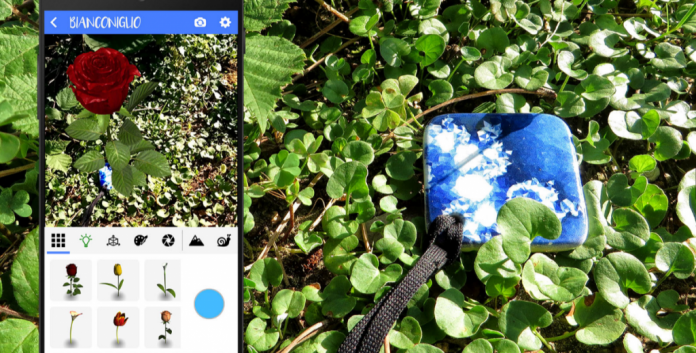 Despite its original and promising idea, the augmented reality (AR) jewellery line Bianconiglio has failed to reach its goal in its Kickstarter crowdfunding campaign. The campaign had hoped to raise a usually fairly achievable €20,000 to create the AR Bianconiglio app which worked with a handmade porcelain pendant. When using the app and the pendant together, users would be to look through their phone or tablet camera, point it at the pendant, and see a photo-realistic 3D model of a flower rendered on top of it, as if it was growing from the pendant itself. Users would then be able to capture the image, edit it, and share it across their social media channels. Unfortunately, in the end the campaign only managed to raise €201 with the help of 6 backers.

Since the Kickstarter project’s closure, there has been no comment from Bianconiglio’s creators on the Kickstarter page itself or on any of the company’s social media pages, so we can’t be entirely sure what the future holds for the AR jewellery line. That said, before the project had begun the creators did say that as far as the pendant was concerned they had already tested all of the different material and paint options possible and had a final prototype, for which the production costs were already covered. The company stated “we can assume that there are no risks involved in the manufacturing and delivery of the pendant.”

With the Bianconiglio app they also said that most of the work had already been done and that “a fully functional App has been used to take all the sample pictures you can see in the website and in the social network accounts.” They did, however, say that most of the software used in the development and creation of the app had been used in personal editions or with licenses that did not allow for commercialisation. The funding they hoped to get from the Kickstarter, therefore, was going to cover the expense of buying the necessary licenses to make it possible to commercially release the product.

What the future holds for Bianconiglio, then, isn’t entirely clear. It’s not entirely impossible, though, that since their product is mostly complete and they only need to find funding to purchase the necessary licenses they might still be able to bring their AR jewellery to the market. VRFocus will continue to follow the product’s progress and report back with further updates as they happen.