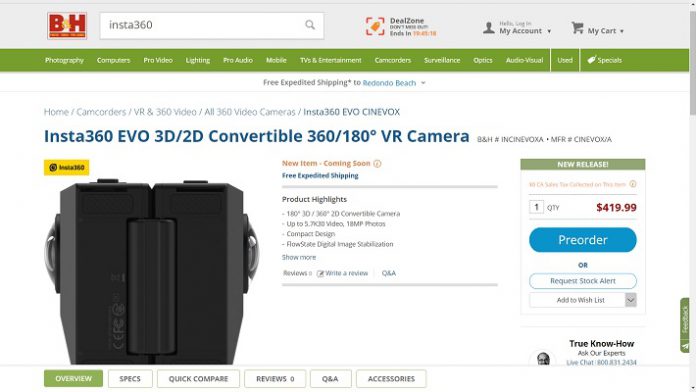 
B&H Photo has leaked photos and specifications of Insta360’s new camera around 7 hours ahead of the embargo time. The new camera is reportedly called Insta360 EVO, and is a dual VR180 and 360 camera with 5.7K video.   But there are some important missing information that they haven’t revealed.

Wait for the embargo… I promise there will be more interesting info about this new product.

UPDATE: B&H Photo has begun taking orders but if you want to get it early, I think you may get the preorder more quickly from Insta360 directly. Thanks for using these links to support 360 Rumors at no additional cost to you so I can do more tests and reviews!