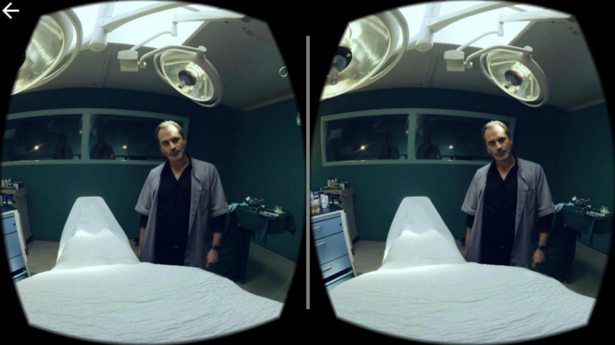 Currently running in the Netherlands is a TV show called Project Orpheus. The show centres around a group of five medical students conducting experiments into the afterlife. They’re clinically pronounced dead then brought back to life to recall their experiences. If this sounds familiar then you’ve probably seen 1990 movie Flatliners with Kiefer Sutherland and Kevin Bacon which follows the same premise. The creators of Project Orpheus have now released a virtual reality (VR) app to compliment the series.

On the Project Orpheus VR app viewers will get to experience a four minute film, where they’re taken into the world between life and death. The VR movie and the associated app was created in collaboration with Amsterdam Creative Industries Network, WeMakeVR, AVRO TROS, NL film, AMP.Amsterdam, NPO and VondelCS.

WeMakeVR developed the app which supports both Android and iOS platforms. It can be viewed directly on a smartphone, or used with a head-mounted display like Google Cardboard for the full immersive experience.

The Project Orpheus VR app is free to download and the language is listed as English on the iOS version. VRFocus will continue to bring you the latest VR news from around the world as announcements are made.