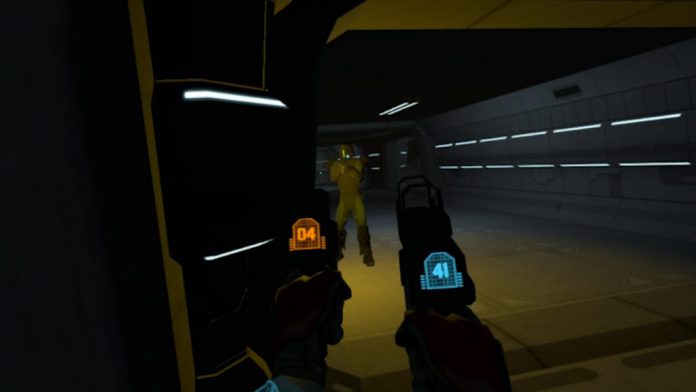 One of the latest releases this week to come to the HTC Vive head-mounted display (HMD) is C.S.S. CITADEL VR, a FPS action and adventure title.

The story of C.S.S. CITADEL VR is something not too unfamiliar, as it is stated that the first chapter features the player arriving at the C.S.S. CITADEL to collect a reward but suddenly the alarm sounds and all things go downhill as they are pushed to try to escape. However, when the player tries to escape, it seems that the lower bay where your ship is stored inside has been locked, rendering you trapped in an emergency-filled area. The only way to get out is to avoid the guards that fill the C.S.S. CITADEL and find another way to escape.

It seems as though this title is only one chapter, and so it opens up for other releases by Winged Minds, the developers of this FPS space adventure. The gameplay trailer that features on the Steam store page shows a range of the different obstacles the player must overcome in order to escape, including wandering long halls, searching abandoned rooms, completing small puzzles to gain access to other rooms, and of course avoiding – or attacking – the guards who are trying to keep you inside.

The player will be equipped with two handguns, with clear indication of how many bullets, or laser ammo, they have on the backs of the guns. It shows to be a stealth-based videogame, requiring the player to duck and dive when they cannot go ahead with attack as they do not have a shield.

For more on the latest releases for the HTC Vive, as well as all the news and updates in the world of VR, make sure to check back with VRFocus.