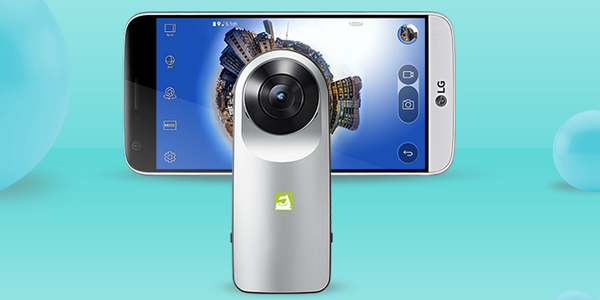 Following the announcement that LG intend on launching a virtual reality (VR) head-mounted display (HMD) to support the upcoming LG G5 smartphone handset, the LG 360 VR, AT&T has pledged retail support for the device. Specifically the LG 360 VR and the associated 360 degree camera, 360 CAM, set to launch alongside the LG G5, which are set to be available ‘soon’.

“AT&T is expanding our industry leading portfolio of premium smartphones with the LG G5,” reads an official press statement from AT&T. “The latest premium smartphone from LG features a sleek, metal unibody and a removable battery that slides out to accommodate a variety of companion devices designed exclusively for the G5, such as the LG CAM Plus plug-in camera grip. Additional companion devices for the LG G5 include the 360 CAM virtual reality camera, LG 360 VR, and the 360 Sound Bluetooth speaker, which will all be available from AT&T.”

Information on pricing and availability of the LG G5, LG 360 VR and the 360 CAM will be available in the coming weeks. VRFocus will keep you updated with all the latest details from LG.