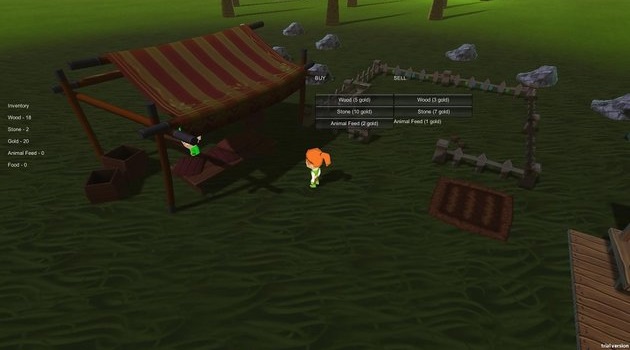 Indie developer Norwind Interactive has written a post for the PlayStation blog, revealing its sandbox town-building game Astraea will be heading to the PlayStation 4 (PS4). The title which is currently in its Alpha stage has previously been stated to receive full support for the Oculus Rift virtual reality (VR) head-mounted display (HMD). With this newest announcement could the developer be planning a PlayStation VR version as well?

The blog post, by lead developer Brandyn, doesn’t mention VR or the PlayStation VR HMD, merely saying that Norwind Interactive will be demoing Astraea on the PS4 for the first time ever at the Central Canada Comic Con from 30th October to 1st November, 2015. The developers booth will feature exclusive PS4 gameplay with a split screen co-op mode.

Astraea is an open-ended multiplayer sandbox experience in which players build a town through farming and gathering resources. It’s a third-person title that starts on an empty plot of land, with players mining stones and gathering wood to start building up their own settlement and populate it with villagers. From there, players must supply food by carrying out tasks such as planting crops and fishing and then sell it on to villagers.

Norwind Interactive has yet to reveal a release date for Astraea, and other updates have been a little sparse, but VRFocus will continue to monitor any new announcements regarding its VR plans as they’re revealed.