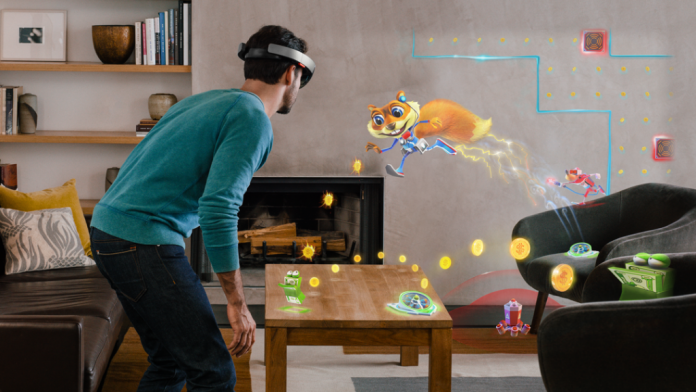 “Our partnership with Microsoft gave us the opportunity to develop an unparalleled expertise towards holographic entertainment. With the development of our two first games for the Microsoft HoloLens Development Edition, we are breaking through a new era in video gaming,” stated Wloch. “From now on, the players’ world will be at the center of the action and interactions. It’s been an awesome adventure to work hand-in-hand with Microsoft teams, and to take on the challenge of developing new creative processes for a never before seen device.”

Both Fragments and Young Conker will be available alongside the HoloLens Development Edition when it launches later this month. No details regarding a consumer release of the HMD have yet been revealed, but given recent comments from Microsoft spokespersons it’s not likely to be any time soon. VRFocus will of course keep you updated with all the latest details on the HoloLens and associated software titles.