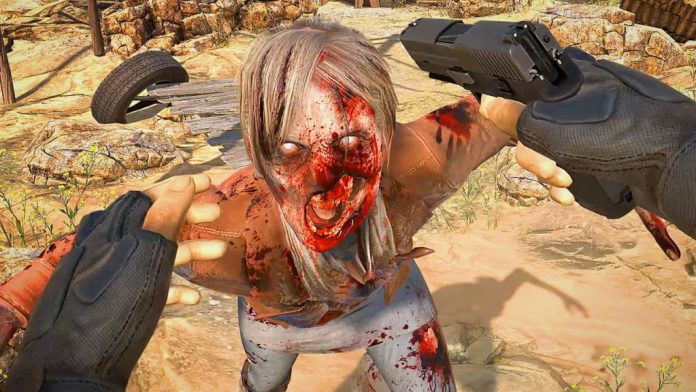 This week’s Virtual Reality World Congress (VRWC), Bristol, will play host to a great deal of speakers and exhibitors. The latest videogame title added to the line-up is Vertigo Games’ Arizona Sunshine, which will be on display courtesy of the event’s headline sponsor, AMD.

Arizona Sunshine is a virtual reality (VR) shooting videogame built for room-scale tracking from the ground up. Showcased on the HTC Vive, though also confirmed for the Oculus Rift (with Oculus Touch) and PlayStation VR, gamers will step into the midst of a zombie apocalypse and be forced to defend themselves against hordes of enemies. A co-operative gameplay mode has also been discussed, though never shown.

VRWC will also play host to Crytek’s The Climb, Coatsink’s Esper series and the world’s first public outing for Kite & Lightning’s highly anticipated Bebylon Battle Royale. VRWC takes place on Tuesday, 14th April 2016, and VRFocus will be on the show floor keeping you updated with all the latest details from the event.