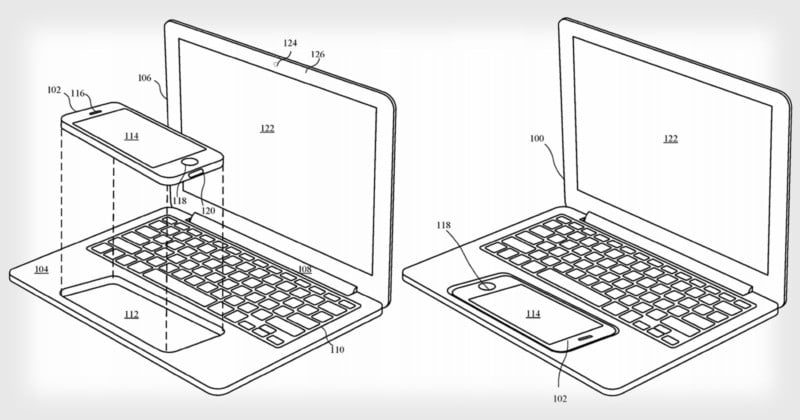 Want to process your iPhone photos for Instagram on a laptop without having to transfer any files? In the future there may be a crazy new way you can do so. Apple has patented a new “accessory” that transforms a cell phone into a full-fledged laptop.

Filed in September 2016 and published on March 23, 2017, the patent is titled “Electronic Accessory Device.”

So the basic idea is that the cell phone is a “portable computing device” that everyone now carries around with them, so why not allow it to transform into a laptop computer whenever the need arises? Then people will only need to buy one device (an iPhone) and an accessory (the laptop dock) instead of having to separately buy and manage a cell phone and a laptop.

For casual photographers who use their iPhone as a primary camera, this new invention would bundle the camera, cell phone, and laptop into a single system.

Here are two patent illustrations showing how an iPhone could be inserted into a dock space right where the giant touchpad on a MacBook ordinarily goes, turning the phone into the laptop’s touchpad (and presumably running the operating system and file system from the phone): 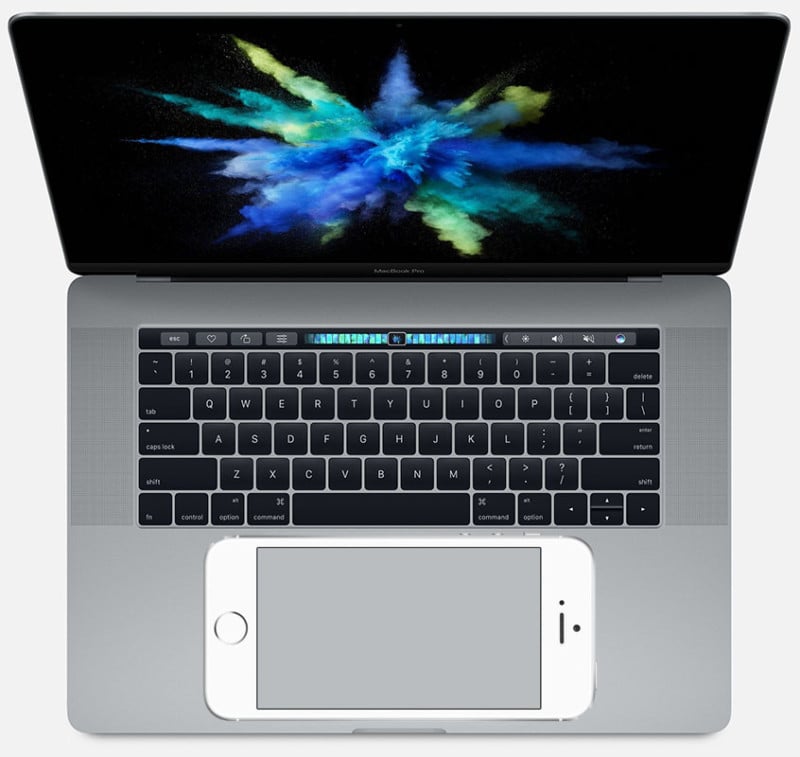 The patent also covers the same idea using an iPad, except the iPad plugs in as the screen rather than the touchpad.

You can read the patent filing for yourself on the USPTO website. As with all patent filings, there’s no guarantee that we’ll ever see this idea turn into a commercial product… but stay tuned.

(via USPTO via AppleInsider)