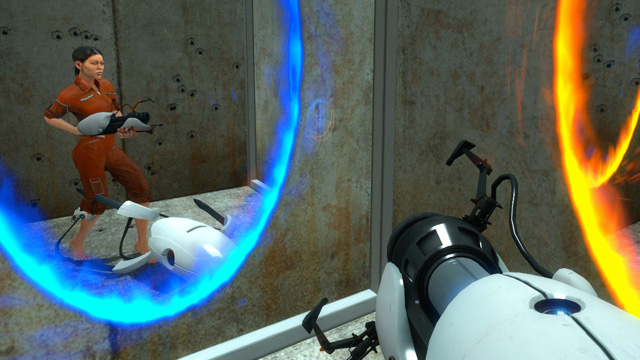 At last years Game Developers Conference (GDC) 2015, Valve demoed a virtual reality (VR) title based on its puzzle videogame Portal. The demo was set inside Aperture Science, the twisted company behind the iconic Portal gun used in the series. Then prior to GDC 2016, Valve announced The Lab, a set of demos inside the same universe. Now its been revealed the original demo will be part of The Lab.

VRFocus has been talking to Valve’s Chet Faliszek about its plans, and he informed us of this new addition. The developer also added that the demo will now be scaleable to room size, as previously it wasn’t.

The reported purpose of The Lab demos are to showcase the HTC Vive’s Room Scale motion-tracking technology which uses two Lighthouse base stations to detect the headset and controllers.

There’s sure to be lots of new information coming from the event in the last couple of days, Valve being the secretive company they are will likely announce something for the HTC Vive.

The Lab will be available for free to all HTC Vive owner on launch day, and stay with VRFocus as we’ll be bringing you our preview of the demo compilation shortly.