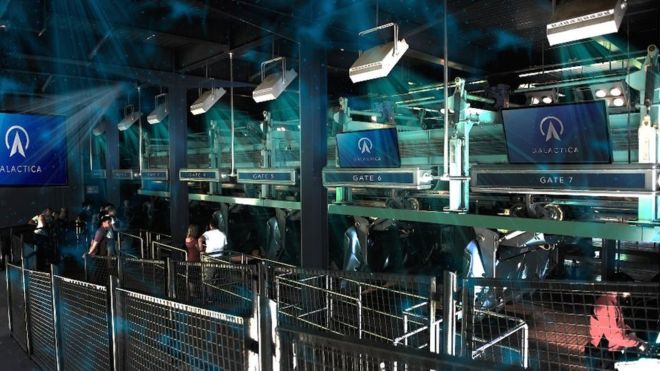 Rollercoaster simulators are common experiences in these early days of virtual reality (VR) technology. There are few better ways to showcase the potential for this new platform than strapping a head-mounted display (HMD) to someone and taking them on a ride as if they were at a theme park. Several parks around the world have already started to incorporate this tech into their own attractions, but UK-based park Alton Towers is going to be the first to integrate a full VR rollercoaster into the mix.

According to the BBC, Alton Towers has today announced plans to launch Galactica, as the new ride is called, in April of this year. It appears that an actual rollercoaster will run around a track as users experience software that’s set to be synchronised with the various twists and turns as they’re taken on a journey through different galaxies. The three-minute experience will see attendees put on a HMD created by Figment Productions, lay face down and then be subjected to g-force of up to 3.5gs.

The news comes after later year’s tragic incident on the park’s Smiler ride in which five people were seriously injured. Alton Towers noted that this new ride will be ‘comprehensively’ tested to ensure safety.