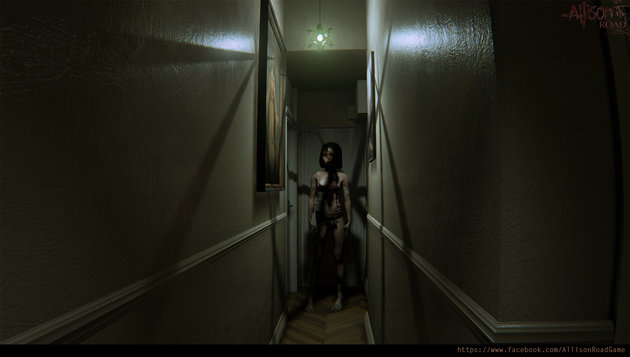 In a sudden turn of events indie developer Lilith has announced on its Kickstarter crowd funding page, that it was cancelling the campaign. Lilith had started the Kickstarter to fund virtual reality (VR) survival horror title Allison Road. The videogame which has already been Greenlit on Steam earlier this year, features support for the Oculus Rift head-mounted display (HMD).

The reason for the cancellation does have a happy twist, as Allison Road isn’t dead, the developer has announced it will be heading to Team 17’s game label.

Lilith said on the backer update: “We have decided to withdraw the Kickstarter campaign to allow us to commit 100% to an opportunity that will give us the chance as a team to create the best game possible.”

“We are delighted to announce that we will be joining Team17’s highly successful games label. Working with Team17 will give us the chance to make our game unhindered creatively, but at the same time will give us the resources, support and experience that only a 25 year old studio can give,” the developer added.

Team 17 are mostly known for the Worms franchise, and should be able to help Lilith completely focus on Allison Road. And for those that pledged, Lilith will be looking at avenues to involve the community, stating: “For all of you that have pledged already for in game rewards, we absolutely promise you that we will look at ways outside of Kickstarter that will allow you to be involved in the game at a later date.”

VRFocus will continue to follow any progress updates from Lilith on Allison Road, reporting back any announcements.