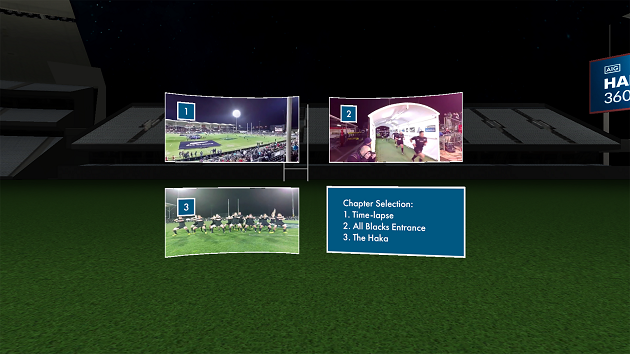 Last year fans of the Rugby World Cup could immerse themselves in the event with augmented reality (AR) tickets courtesy of Blippar, while in the virtual reality (VR) field Samsung created the School of Rugby 360-degree videos for the Gear VR head-mounted display (HMD), featuring comedian Jack Whitehall, alongside rugby greats Martin Johnson and Lawrence Dallaglio amongst others. Now the New Zealand team, known as the All Blacks are bringing their famous Haka ritual to the mobile headset.

Through AIG a major sponsor of the All Blacks team, fans can now download the Haka 360 Experience, putting them on the field with the Rugby squad as they perform the Maori ritual, seen at the beginning of every match.

Created by BuildVR the app features bonus content to learn about the Haka, its history and its meaning to the All Blacks team. The app is free to download, doesn’t require a gamepad to watch and most people should find the experience comfortable to view.

VRFocus will continue its coverage of the latest apps and content arriving on the Gear VR.