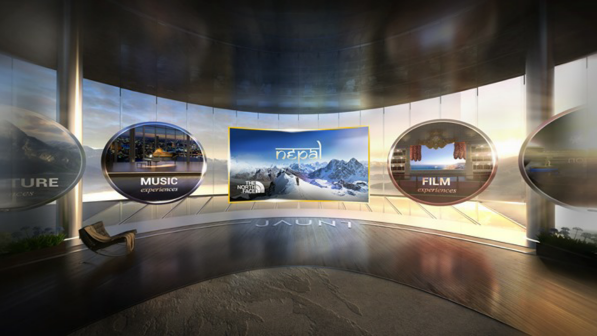 Jaunt’s virtual reality (VR) app has got its fair share of in depth documentary experiences including the Inside series. Lightning the mood is director Sam Macaroni with a series of short films. He’s previously launched Wookie on Vacation a parody of Star Wars where Han Solo gives his iconic sidekick, Chewbacca, some time off for a holiday. Macaroni’s latest film A Violent Afternoon is far more action orientated.

The film which runs for just over a minute sees the main character arrive in a black Lamborghini, then stepping out with a shotgun to blast away at several enemies while rescuing a girl from their clutches. He then speeds off only to be chased by the bad guys in a car that’s been fitted with two miniguns attached to the roof. It’s reminiscent of many Hollywood action films with fast cars, beautiful women and people hurling themselves off roofs into cardboard boxes.

It can be viewed for free through the Jaunt VR app, which is available for iOS and Android, using a Google Cardboard or similar head-mounted display (HMD). The app is also available for owners of Samsung’s Gear VR headset.

VRFocus will continue to bring you the latest releases and news for Jaunt and its app.

The post A Violent Afternoon Out Now on Jaunt VR App appeared first on VRFocus.