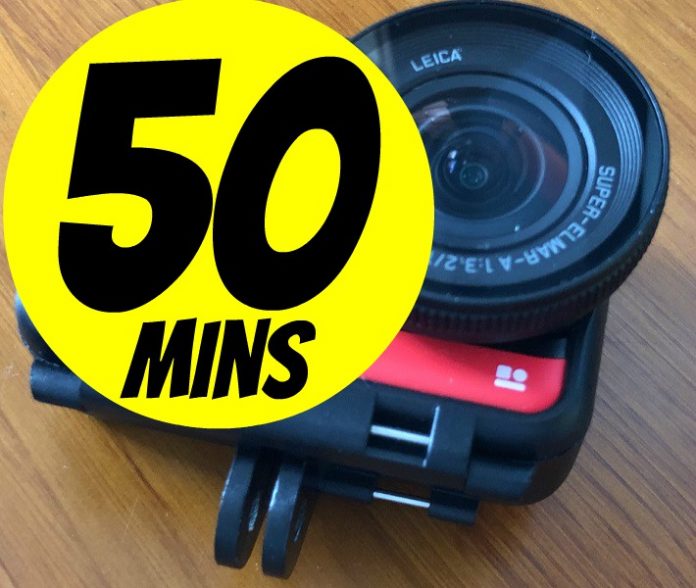 
Here’s how to record over 50 minutes with the Insta360 One R 1-inch mod, shared with me by a reader.

The Insta360 One R 1-inch mod has an amazing sensor paired with a Leica lens, and can capture 5K videos.  I found it to be substantially more detailed than a GoPro Hero8.  However, one issue is that it overheats after around 21 minutes (I used a Sandisk Extreme Pro indoors at around 72F without a fan or air conditioning).  The bottleneck wasn’t the cache, the storage, or the battery life — it was overheating.

But 360 Rumors reader UnGatoNipon found a way to record for more than double that.  His method: he used a heat sink.  With the heat sink, he said he was able to record for 51 minutes (!).

I haven’t tried this but I will.  If you want to try it out too, you’ll need a heat sink and thermal conductive tape.  One issue is that the heat sink is not compatible with some accessories such as the quick swap frame.