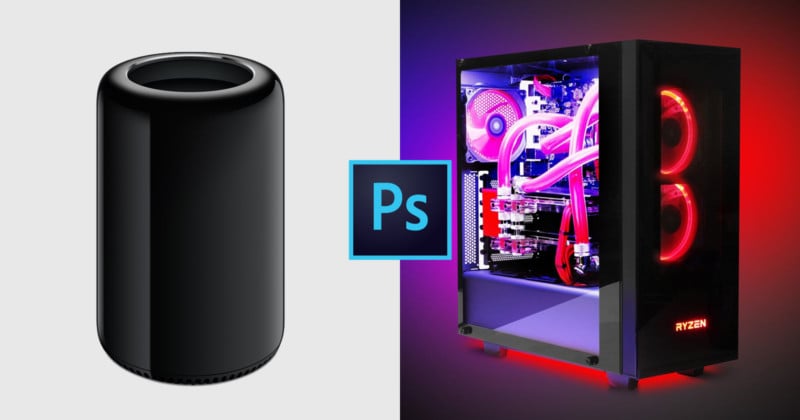 AMD’s new highly anticipated Ryzen CPU has shown impressive performance in benchmark tests, propelling the company’s stock price from less than $2 to over $13 in a little over a year. Now a new test has found that a $1,780 PC running AMD Ryzen processors destroys a $5,660 Apple Mac Pro when it comes to Photoshop performance.

Upgrading the PC to 64GB to match the Mac Pro would have cost an extra $250, but as you can see in the test below, that wasn’t necessary:

Using a Photoshop Benchmark based on a Radial Blur action released by photographer Keith Simonian, Tech Guy found that an operation that takes the Mac Pro 15 seconds to complete only takes 8.8 seconds on the Ryzen-powered PC.

He then overclocked the Ryzen PC to 3.5GHz and was able to complete the test in 7.7 seconds.

Apple apologized for its Mac Pro line this week and promised to release “something great” in 2018 for professional creatives. Based on the results of this Tech Guy test, it seems Apple has quite a bit of catching up to do.