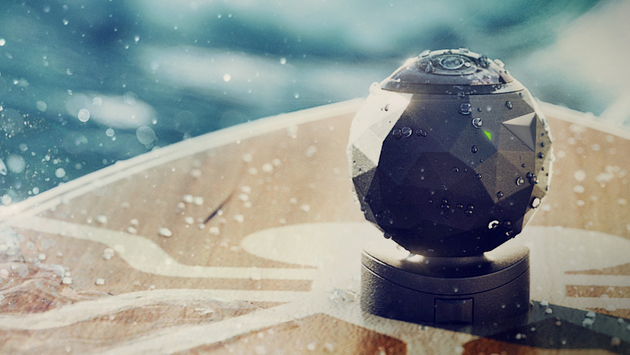 Over the past year VRFocus has been reporting on the progress of the 360fly camera. Unlike other solutions, this 360 degree recorder uses a single lens to capture panoramic content that can be viewed using a virtual reality (VR) head-mounted display (HMD) without the need to stitch content together. The first generation of this camera is already available at outlets such as Best Buy but, this week for the 2016 Consumer Electronics Show (CES), the company behind the kit is revealing a brand new model that captures in 4K.

The new edition will be on display at the event which gets underway in Las Vegas, Nevada today. It consists of a brand new, more powerful image sensor that ‘quadruples’ the resolution of what could be captured with the first generation of the kit, outputting at 30fps. It also offers new options such as a standard front-facing mode for traditional video, a time-lapse video mode, a motion and audio detection mode, an accelerometer activated recording mode, onepush button colour coding and telemerty to track aspects such as altitude and speed with the help of a Qualcomm Snapdragon 800 processor. The kit is water and shock resistant.

“Based off feedback from current 360fly users and 360fly brand ambassadors, the 360fly 4K camera represents the next evolution of features, like 4K video and live streaming,” said Peter Adderton, 360fly CEO. “With the addition of the 360fly 4K camera to the product range we expect to reach new markets and users. The evolution continues as we set our sights on new products and innovations, designed to democratize virtual reality content for the masses.”

For the latest updates on 360fly and other VR related equipment, keep reading VRFocus.