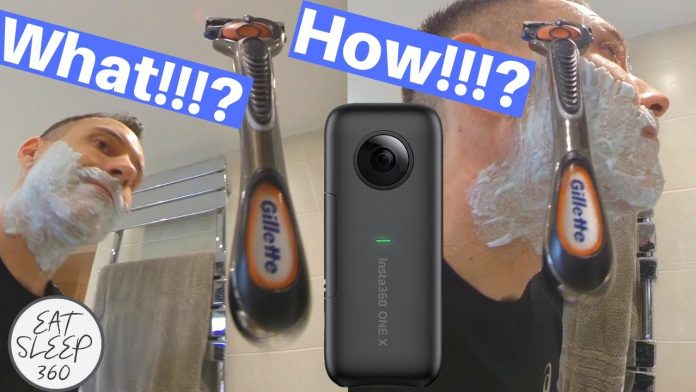 
A man appears to be in a bathroom, shaving with a floating razor. How did he do it? Find out how to use an Insta360 One X (reviewed here), an affordable and easy to use 360 camera, to achieve amazing effects like this floating razor.

First, here’s the brilliant video by Rich Hookings from Eat Sleep 360 (check out his YouTube channel).  Watch as the razor appears to magically float and shave.

Can you guess how he did it?  Here’s a hint: Rich used a 360 camera — the Insta360 One X — which can appear as an invisible flying camera and can capture a third person view.  But how did he use it to achieve this effect?

Here’s the tutorial by Rich:

What other effects can you achieve with a similar technique?  Try it out!

The post 360 Camera Technique: Shaving with a floating razor and how he did it with an Insta360 One X appeared first on 360 Rumors.