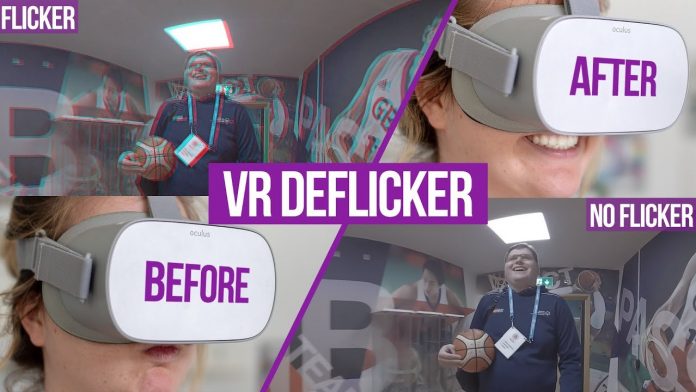 
Flickering can ruin your video.  But you don’t have to discard your video.  Here are three ways to remove flicker from your videos, with tutorials from CreatorUp and Philip Bloom.

What causes flicker in videos?

Flickering is usually caused by lights powered by electricity that is at a frequency that is similar to the framerate in your video, or from some LED lights. The flickering can be global (when the whole frame is flickering) or local (when the flickering occurs only in a part of the frame).

How to remove flicker from videos (3 ways)

1. Use software such as Neat Image to remove flicker.  Neat Image is a plugin for popular video editors including Premiere, Final Cut, and Davinci Resolve, and can enhance a video by reducing noise, sharpening the video, or removing flickering.  Check out CreatorUp’s tutorial and demo below.

2. For local flickering in static shots, you can take a frame grab and use it to patch over the flickering area in your video.

– Capture a frame grab.  In Premiere, use the Export Frame command (Ctrl+Shift+E).

– Place the frame grab over the video.

– Draw a mask on the frame grab around the flickering area.  (In Premiere, use Opacity to draw a mask.)

These first two techniques are shown in CreatorUp’s tutorial:

3.  Another way to remove flickering is to blend adjacent frames.  This is a method Philip Bloom shows in this tutorial:

Do you have other ways of removing flicker in videos?  Share them in the comments below!

The post 360 CAMERA TECHNIQUE: How to remove flicker from your videos (3 ways) appeared first on 360 Rumors.