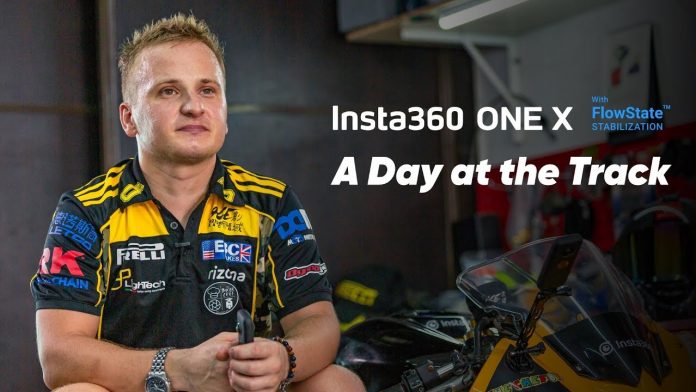 
If you want to capture epic shots on your bike, the best camera to do it is a stabilized 360 camera, such as the Insta360 One X, which can capture a third person view (3PV) as if there was an invisible flying camera following you.  But where exactly should you mount it?  Here are some ideas.

Video creators are catching on to 360 cameras and how they can be used to capture a unique third person view perspective, like an invisible flying camera, in some cases capturing angles that previously required thousands of dollars of professional equipment and tedious post processing.  Now anyone can do it with a 360 camera and inexpensive accessories.

Videos shot on 360 cameras can look like they were shot by a drone because of two features.

First, 360 cameras have an unlimited range of image stabilization.  Unlike traditional action cameras, you can rotate a stabilized 360 camera in any direction and the video will remain level.

Second, 360 cameras have a blind spot in between their lenses, called the stitch line.  A monopod or selfie stick placed along this stitch line appears invisible, and the video appears as though it were shot by a camera suspended in mid-air.

When these two effects are combined, the result is a third person view, as though shot by an invisible drone.

But how exactly do you mount the camera to get the best shots? This video shows some ideas:

If you want to check out other ways of using a 360 camera on your bike, check out the Insta360 Back Bar.

The post 360 Camera Technique: How to Capture a Bike Video with Insta360 One X or other 360 camera appeared first on 360 Rumors.